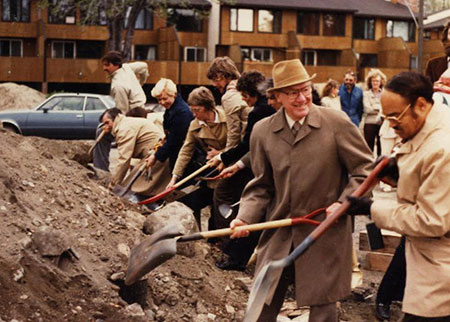 The Alex Laidlaw Housing Cooperative initiative was started in 1978 as part of the LeBreton Flats Demonstration Project. The project was supported by the Canada Mortgage and Housing Corporation that provided a start-up funding of 1.7 million dollars. The construction work began in the spring of 1980 through the collaborative work of the cooperative members who helped plan and design construction of the 36-unit town houses and by the following Christmas development was ready for the members to move in even though construction was not complete. Over the summer of 1981, paving and landscaping work was completed. 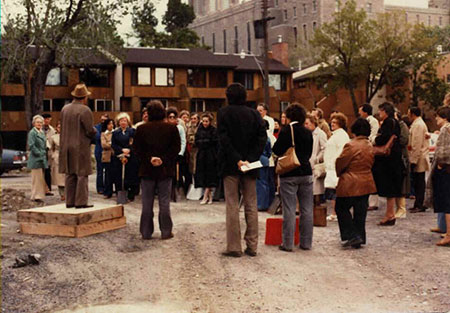 Tom Haley, a senior citizen and a founding member of the Alex Laidlaw Housing Cooperative, once described those days as follows, “It was a tremendous work and we had really help each other out. But it drew us into a community” (Citizen, September 22, 1981). He said, “This Co-op is similar to the old communities where everyone knew everyone and would stop to say good day and have a chat.”

Nick Walloff, the President of the Co-op (1981), stated that the Co-op members had control over their housing because they owned and operated the development. Co-op committees handle everything from collecting housing charges and taking care of finances to making sure maintenance work is done and prospective members selected.

Who is Alex Laidlaw? 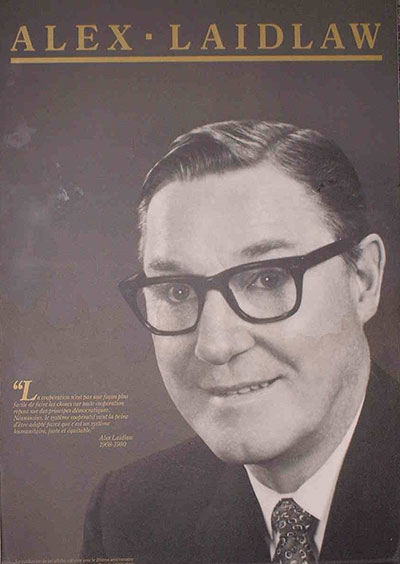 Our Co-op is named after Dr. Alex Laidlaw, an internationally renowned Canadian cooperative movement leader and the founder of the school of cooperative notion called “The Cooperative Sector”. Today, we are proud for having the tradition of self-helped self- served democratic operation to continue in the framework of the theory of Cooperative Sector and by our firm practical adherence to the “Cooperative Principles” that assures our membership’s democratic control over our operation.